A Turning Point in History, Personal and Profound 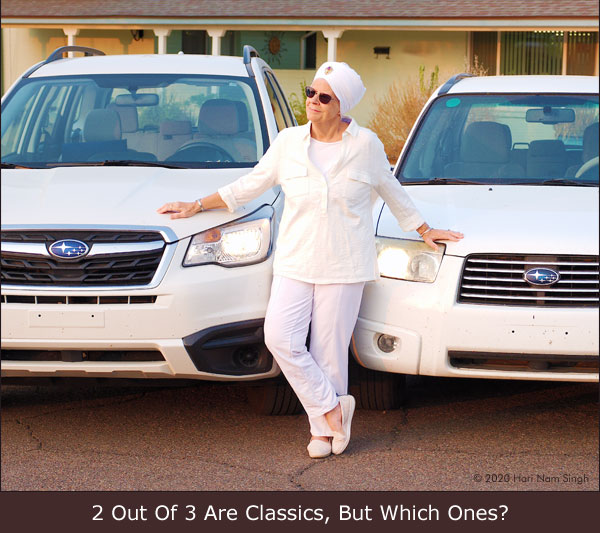 We are within days of arriving at a turning point in history, both personally and planet-wide. This transition point begins on September 20th with the arrival of the Fall Equinox and carries over through midnight on the 21st into the morning of the 22nd with a shift in the Communal Mind’s Consciousness.

All of these cycles are set by the Divine as times of consciousness change, whether it be for letting things go, for a re-consolidation of previous experiences, or for new beginnings. These points are fixed; they are times of universal change that affect each of us personally and all of us profoundly.

This Cycle shift moves our consciousness in all three ways. We are commanded to let go of past ways of thinking and acting, to be open to new beginnings, and to consolidate all that we have learned in order to move ahead with conviction and positive yet neutral mind.
This has been a trying year and one that requires us to grow in our consciousness. We must put aside childish outbursts, riots and anger – a wave of rage that in itself has created climate change and set this world afire. Nature responds to us, our consciousness – do you not see that?

The fires burning deep within the core of Mother Earth are likewise responding to our fiery rage and the very tectonic plates that hold this planet together are becoming more unstable.

Do you not see the correlation? The future of our race and the future of this planet cannot take our tantrums any more! This must change to an era of peace, peace within us and around us.

Now is the time for self-restraint, a time to contain the fires within human consciousness and retrain the mind into stability. So-called common-sense must become more commonly practiced.

For me personally I face a time of new beginnings also turning at midnight on September 22nd. It is a time when I am one of a few hundred Kundalini Yoga Trainers around the world who will be meeting online in deep discussions over three days from the 20th through the 22nd to help to decide the future of this great system of ancient yoga teachings.

Just as the COVID-19 pandemic wave of disease and death has swept around our planet, so too a different but equally devastating pandemic has swept our yoga community with the allegations and reports of sexual abuse by the teacher who brought this system and these noble teachings to tens of thousands around the world.

Now we are meeting as a body of trainers to discuss, decide and vote on key elements of how we will all continue to teach and present the valuable core of Kundalini Yoga Teachings to the world. Our recommendations will be taken to the final decision body, the Kundalini Research Institute Board.

For me personally this is a time of surrender to Divine Will. A time to see this will expressed in the voices of all these teachers from nearly 50 countries, speaking in at least 8 languages (with translators).

In my personal numerology cycles I too am at a point of letting go (let God!) and new beginnings with the advent of September 21st. From that point forward, the next 9 years of my life will begin to unfold.

I realized the impact of this turning last week when I donated to public charity my beloved old 2006 Subaru. It was a time of deep tears,

Image credit: Crwpitman / WikiMedia.org the end of an era for me – 14 years and 186,147 miles of adventures together where this little metal steed took Hari Nam and me to wonderful places. We remember two summers ago when we drove up to the 14,115’ summit of “America’s Mountain,” Pike’s Peak in Colorado. I first made that difficult climb with my parents in the summer of 1949 in our 1949 Plymouth, my mother praying at every twist in those switchbacks in the final ascent.

That beloved car looked a lot like the wonderfully restored '49 Plymouth in the photo to the right. If you are curious what it might have been like for me and my dad, mother, and my best friend Beauty our beagle traveling cross country in the Plymouth, here is a Youtube video of driving around the block in such a car. And here is an interesting write-up on Chrysler's silver anniversary introduction of the 1949 Plymouth. It almost makes me want to trade in the Subaru for a '49 Plymouth. Almost...

As my 2006 Subie made that trip I marveled at how well that roadway had been improved and maintained. To reach the summit was still a challenge, arriving mid-July in an icy rainfall that choked our breath, with packed snow all around us.

When my old Subie-girl was taken away earlier this week the joy she had brought us was still very real, as was my sadness at realizing I had reached the end of an era in my own life. We had traveled together over two massive Cycles of Consciousness or 14 years. Fourteen of my best years as a teacher, healer and spiritual counselor. Subie had been with us through so many Womanheart Retreats, stuffed to the gills with far too many things for each trip. She took us to countless last-night hospital runs to bring Reiki healing to people during and after surgery. She got us to so many Solstice yoga festivals every June up in the mountains of northern New Mexico and got us home again safely.

This year I turned 81 and age 81 marks a major recalibration of consciousnesses, made even more profound as it is for me also a time for new beginnings in my personal numerology – the dawning of the next 9-year period of my life, to be played out as God directs and for as long as God gives me.

Also this year Hari Nam and I mark 36 years of sharing life together – two life cycles of 18 years each. The first 18 becoming friends, the second 18 as husband and wife. We now embark on the next 18 year cycle. Each life cycle commits and grows energy and ends with a release and then a start of new replenishment.

Certainly these are momentous times, personally and for us all in profound ways.

So I ask all of you to pray every day and work toward better outcomes where goodness is not just in your intentions but in your actions and in the outcomes of your actions. What you stand for is always more important than what you stand against.

Pray for yourselves, your families and communities. Pray for this planet that our human climate can turn from brimstone and fire into a more peaceful path, supporting all. Pray also for those whose souls are leaving for the heavenly realms as well as for those souls who remain here to contribute to our future.

And I also ask for your prayers in our upcoming three-day deliberations on the future of the teachings of Kundalini Yoga. It is the start of a process that over the next year or two will determine how we retain and refocus the core values of a mammoth body of teachings that has saved and rebuilt my life over the past 40 years as it has so affected countless lives around the planet.

In so many ways we are being asked to move forward in common-unity for a brighter future. I am there with you, in action and in prayer.

Bless you all in all ways, always!

Sangeet, and in the photo at the top, new Subie on the left and classic Subie on the right.
September 18, 2020