Sangeet Stars on "The God Show"

You could feel the chemistry and measure the enormous heart-space that arose when Sangeet and Hall of Fame Broadcaster Pat McMahon spent an hour together July 23, 2019 “on air” recording a new episode of Pat’s famous “The God Show,” an Arizona favorite for nearly two decades. (Enjoy the photos -all 6 of them!) 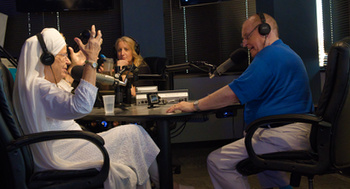 Sangeet's on a roll telling her story...It’s now being produced and available internationally as a weekly podcast on StarWorldwideNetworks.com, Spotify.com and iTunes.com.

They were chatting like two old friends discussing something they were both deeply involved in and knowledgeable about – experiences with the Divine.

Pat dubbed the show “Sikh and You Shall Find on The God Show.” That’s because he’s interviewed people of the Sikh faith before and is deeply interested in their path. But he’s never really met anyone quite like Sangeet – he said as much from the start of the show.

They were both on a mission. Pat wanted to delve into who Sangeet was before she became a Sikh, her childhood, what experiences made her like many others and what made her different. 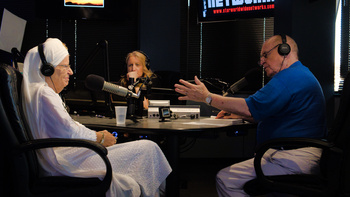 And Pat McMahon has more questions!Sangeet had an amazing story to tell about a riveting experience during her hospitalization last year but she let Pat lead the way. And what an interesting childhood and young womanhood she described – concert pianist, church organist and choir director, journalist, corporate executive.

Of course eventually the God-subject came up when Sangeet mentioned, “last year when I died” in the middle of an answer to Pat. What, she died? Yes and chose to come back with a new mission.

The following half-hour discussion was riveting. As one early listener to the show wrote to Sangeet, “Loved, loved, loved your talk radio interview. So happy to hear your story. Have shared it with my students.” 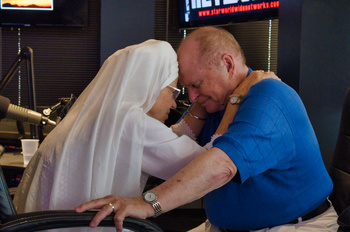 At the end of the show, a merger of minds and hearts!When Pat asked Sangeet how she was doing on her new mission and she replied, “Fine. I’m here with you so I’m doing it.” By this she meant part of her mission is spreading the word that the heavens are there for every one of us.

We invite you to listen in to this informative (and fun) hour. It is “The God Show” with Pat McMahon Show #67 available on demand at StarWorldwideNetworks.com, Spotify.com, and iTunes.com. 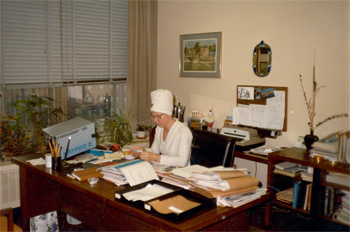 Among the subjects that came up was Sangeet's life as a corporate executive. Here she is in her office overlooking Park Avenue in the mid-1980s. Note the high turban style of the day! 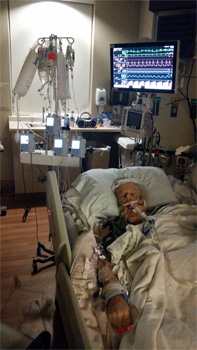 Sangeet also talked at length about her time in the hospital last year when she died and her soul was taken to Heaven. 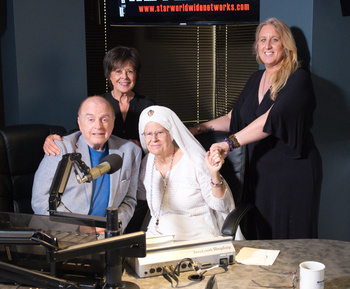