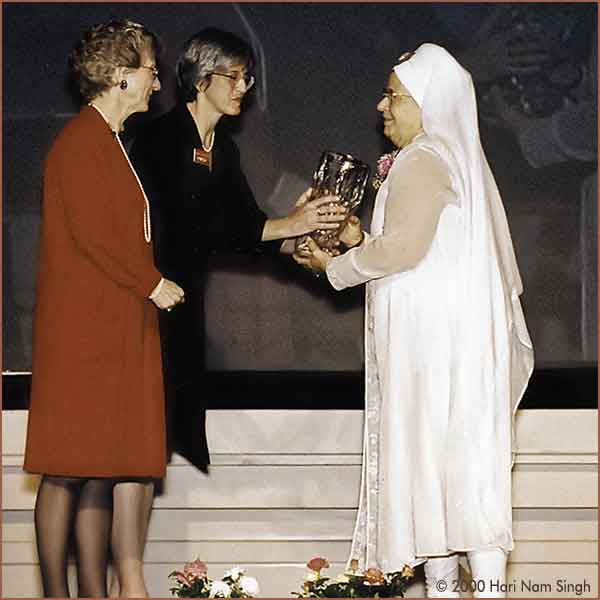 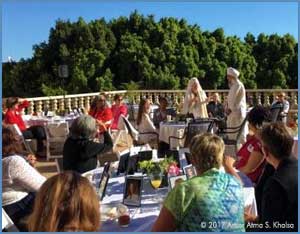 On April 4th I was among a great and accomplished group of alumni who received the coveted “Tribute to Women” annual award from the Arizona YWCA over the past 20 years. The reunion breakfast gathering was held outdoors in Phoenix, Arizona at YWCA headquarters. Of course I shared some thoughtful comments and humor that brought laughter to all!

I received the award in 2000 (top photo) for my work as a healer, teacher and empowering leader of women spanning a career in Reiki and Yoga training and through Womanheart® Retreats. 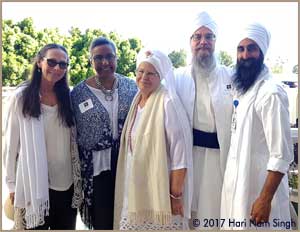 Joining me at the sunny breakfast were three of the many active Reiki Masters and teachers I have trained over the years. In this happy group photo are (far left) Dhanwant Kaur/Catherine Desmond who was visiting me from New York, Sadhana Kaur/Janine Lode of Phoenix and (far right) Amar Atma Singh Khalsa also of Phoenix. By my side is my sweet hubby Hari Nam Singh.

So how did all this come about?

Back in the Fall of 1999 I got a call from one of my long term clients that I had been nominated and selected for this award among several hundred candidates. It turns out that this is the first time that this award was given to someone who was not a medical professional.

What a surprise this was! I was nominated by a board member who heard how I had gone to the aid of a dear friend of hers whose handicapped son had fallen into the family pool and was barely hanging on to life in the hospital E.R.

I worked with healing energy with him throughout the night and, just as importantly, talked and prayed with his mother who declared afterwards it was a life-changing experience.

The story she wrote in making the nomination touched the hearts of the YWCA board, several of whom spoke to me about it, both before and after the awards banquet. To me, this was something I had done in service to the heart of this good woman.

Each of the honorees was featured in a short video played at the awards banquet. Click on the YouTube video below to watch! 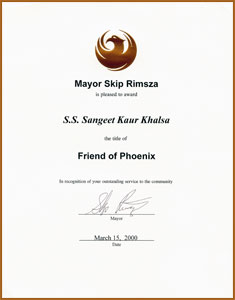 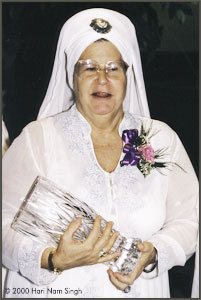 Hearing the stories of many who worked with the YWCA to support women's development and women in need, I volunteered several times at their women's shelter, teaching self-reliance and self-empowerment using the tools of meditation and breathwork I teach in Kundalini Yoga.

It was inspiring, challenging and fun to listen to and dialog with so many women exhibiting courage every day, often against such difficult obstacles. Because of this, the location of the women's shelter was kept highly secret.

In all my years of working with women in all walks of life and their families, I have been honored to earn their trust and serve as teacher and friend. That was reward enough for me!

So I was surprised that someone would want to award me such an honor for doing what I consider to be "my job." It even seemed odd to me to accept it, to sit in the banquet room with a thousand outstanding women including our first lady Governor of Arizona. But then I realized that those of us receiving the awards represented so many other 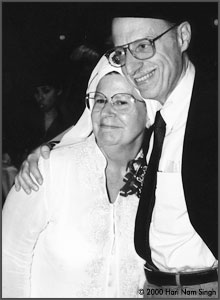 women and we were there to elevate and inspire others to continue their work and support of women's empowerment.

I treasure that experience and still prize the beautiful flower vase presented to me. Just as I will treasure this sweet breakfast gathering with other past honorees where all of us learned of the latest programs and growing success and influence of the YWCA.

Friends I have known along this journey will be with me always, even though some since then have left this Earth. Hugs from my dear "brother" Dr. Abram Ber are with me still.

Bless you in all ways always!